"When poisons get too heavy..." If you visit him at www.heliotown.com you can find amazing little sculptures like this and this wonderful story about his grandfather.

In the old country, my Grandfather was known as a "Puh -`sway-tah",
that is to say, he was an amateur wart healer.

He had an ability, a sort of innate sympathy and empathy, for connecting with the micro-cellular realms where viruses come into form.

People would seek him out and show him their warts. They would hold out their hands or turn their cheeks to him or show him wherever their warts were. He would simply look at the wart and say, " Bye-bye Wart." It wasn't too much more dramatic than this. And the people would be on their way.

My Grandfather had a knack for this. He took no money. It was just something he could do.

I remember him saying, " And for the orneriest of warts, for the most recalcitrant ones of all, there is always the Remedy of Time." 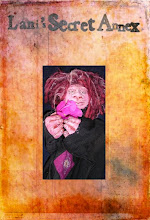 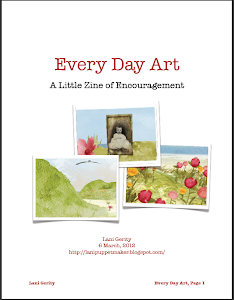 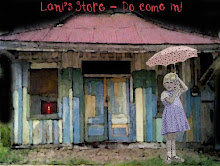